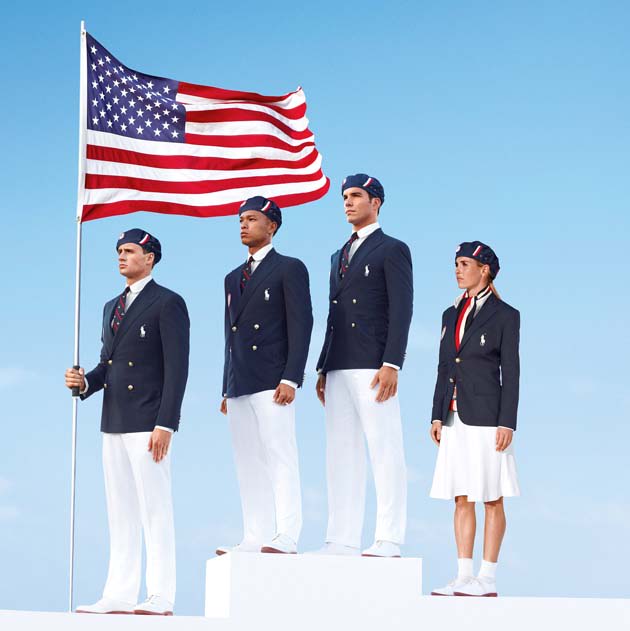 Tuesday Ralph Lauren unveiled the outfits Team USA will be wearing during the Opening Ceremony, and fashionistas are already turning on it, slamming it for being "all wrong" and "un-American." One of the biggest targets is the white skirt, which some call "schoolmarmish," thanks to the calf-grazing length and its pairing with anachronistic bobby socks.

However, the biggest objection focuses on the "un-American" beret. Such headgear is stereotypically French, even socialist, according to the Twitter sphere.  And while some would expect Ralph Lauren -- known for preppy designs -- to excel at a Hamptons-chic style, experts continue to lodge complaints:

"There's something that Ralph does that oftentimes can look costume-y," celebrity stylist Robert Verdi told the New York Daily News. "It was a combination of things to me: rich, British private school kids ... and Mr. Howell from 'Gilligan's Island.'"

"I wasn't sure if they were really chic crossing guards or Olympians," said Verdi.

Molly Eichel of Philly.com did a verbal eyeroll over the massive logo. "Of course, the iconic Ralph Lauren logo is featured almost as prominently as the Olympic patch, and what could be more American than branding and product placement?"

Others are taking Ralph Lauren to task for the uniforms' price tag and the fact they were made in China. If you want to dress like an Olympian this year, it will cost you more than $1,000.

Despite the outcry, it won't be a surprise if even the controversial headgear is popular. Let's not forget that at the 2002 Salt Lake City Olympics, the team sported berets, which became best-sellers.

Back to Kendrick J Farris